Welcome to issue 9.1 of KB Journal. We are very pleased to present the issue, which features many new elements as we nudge the journal in new directions. As a result, 9.1 broadly reflects a series of moves we have made as editors.

Because KBJ is an exclusively online publication, we strived to make the best use of what the internet affords and what it constrains. For example, we aimed for shorter pieces with fewer endnotes to allow for scrolling reads. An online journal may be theoretically more spacious, but online reading habits make lengthy articles less attractive. 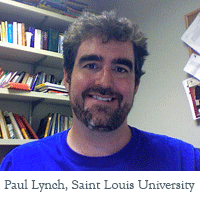 We likewise wished to treat videos as articles (or as featured content) that advance claims either implicitly or explicitly. First, there is the wonderful video discussion between Debra Hawhee and Bryan Crable: “Video Parlor: Action and Motion.” Crable and Hawhee (whose respective books are both reviewed in this issue) discuss how Burke’s action/motion pair has figured in their own work—how they have deployed, supplemented, and even discounted it. They likewise engage issues of the body and of bodies—including Burke’s own body—as they are made manifest in and through rhetoric. In this vein, Crable and Hawhee describe where Burke himself gets with the pair and how further we can go with it after Burke. Their compelling conversation concludes with a discussion of how they have both used archival research and how such research is changing the work of Burke scholarship. Perhaps most importantly, and in light of KB Journal’s revised mission statement, we see two scholars fully deploy the work of Burke, who remains not a static figure but a thinker whom we think with (and sometimes against). In short, Crable and Hawhee perform what it is to be Burkean. 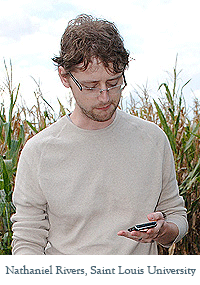 Second, we have the striking video creations of Jimmy Butts, who has done more than simply translate three of Burke’s short stories; he has brought them to new life. His films not only attend to Burke’s fiction, which is explored far less than his scholarly output, but they also make these stories do important work. Through these films, we are compelled to think about Burke in fruitful, inventive ways. As Butts argues in his concise introduction of the films, “Adaptation as close reading, then, becomes a way of seeing, as Burke would say—but then also a way of not seeing.” Butts’s films are both delightful and suggestive of the many ways in which we can do scholarship.

We have worked to shift the way the journal engages Burke

Applications of Burke abound in rhetoric scholarship generally. As such, we have endeavored to downplay such work in KB Journal (more on this below). We do this not because we believe that such work is not valuable, but because we wager that the health and relevance of the journal lies in its ability to push Burke in new directions rather than in using Burke as a stable platform from which to read the world. Instead, we looked for work that might challenge readers to reconsider Burke (rather than to reaffirm that he was so often right). Christopher Oldenburg’s more traditional scholarly piece on the protest of the Milwaukee 14—who burned draft cards and other documents in protest of Vietnam—claims that this action represented “hybrid victimage,” in which the protestors played the part of both mortifiers and scapegoats. Oldenburg’s rich reading of Burke offers the kind of work we have sought: work that might change the way readers think about Burke.

Readers will likely note not only the delay between issue 8.1 and 9.1 but also that issue 9.1 features one scholarly article. Why, longtime readers might reasonably ask, have we waited so long for such a brief issue? We took over the journal in Fall 2011, before Andrew King’s final issue went into production. In our 18 months of editing the journal, we’ve received 21 submissions, or a little more than one per month. Of those 18, we have forwarded eight to reviewers. Only one of the eight received a decisive reject; the other seven were encouraged to revise and resubmit. Of those seven, four are still in process and two have been withdrawn by their authors. The remaining piece is this issue’s feature article. We did consider waiting until we had three or four articles, but the long gap since 8.1 suggested to us that it was time to publish 9.1.

As for the ten submissions that we did not forward to reviewers, these pieces fall into one of two groups, which we might call the “straightforward application” and the “tangential relation.” The first moniker is self-explanatory: many authors simply apply Burke—usually the pentad—to some text, artifact, or situation. Though the authors often perform this operation successfully, the straightforward application articles all tend to come to the same conclusion: Burke was right. As persuasive as readers of KB Journal may find that thesis, it does not serve to challenge or even complicate any conventional scholarly assumptions. This is not to say that we did not welcome applications. Oldenburg’s “Redemptive Resistance” is an application, but it is complex and deeply engaged with a wide range of Burke’s writing.

That brings us to the second type of problematic submission, the “tangential relation” article. In these, the author pursues a rhetorical inquiry (sometimes a compelling one) that does not really rely on or even need Burke for its analysis. For these submissions, the telltale sign is usually a bibliography that features a single work from Burke’s corpus. Once inside the article, the reader finds what we would call (following John Schilb’s discussion of Foucault in rhetoric scholarship; see “Turning Composition toward Sovereignty” in Present Tense 1.1) the “drive-by Burke moment”: a passing reference that could be deleted without damage to the overall structure. Here, the question is obvious: why KBJ? As the journal’s mission statement makes clear, “Kenneth Burke need not be the sole focus of a submission, but Burke should be integral to the structure of the argument.”

In spite of these problems, we have never summarily rejected an article. We have sent every author feedback, including those whose work did not make it to the review stage. We outlined our concerns, related those concerns to the journal’s mission statement, and encouraged every author to revise with those guidelines in mind. Happily, a couple of authors who received an initial rejection have since submitted new work that reached the review stage. Moreover, our rate of external review has increased: of our most recent eight submissions, four have gone out. We interpret this as a sign that authors are becoming more attuned to the journal’s mission statement. Meanwhile, the journal is planning to produce a special issue of European Burke scholars who participated in the Ghent conference in May. That issue, guest edited by Kris Rutten and Ronald Soetaert, should appear in late 2013 or early 2014. After this long delay, the gears of the journal are starting to turn more quickly.

In spite of these welcome developments, however, we have decided to step down as editors. After two years and one issue, it has become apparent to us that we are taking the journal in a direction that the Burke community may not want to follow. Given the special issue that is coming this fall, and that the natural end to our tenure comes next summer, now seemed a good time to step away. We have enjoyed our time as editors, but we think the journal might be better served by other leadership. David Blakesley has taken over the journal’s editorship as of August 1. Authors whose submissions are in process should refer their questions to him. In the meantime, we are looking forward to seeing everyone at next year’s Burke conference in St. Louis, and we remain the point-persons for that event. Finally, we wish to thank the following reviewers for their service to the journal: Matthew Althouse, Denise Bostdorff, A Cheree Carlson, Gregory Clark, Miriam Clark. Nathan Crick. Sonja Foss, Robert Ivie, Robert Heath, David Hildebrand, James Klumpp, Stan Lindsay, Star Muir, Lawrence Prelli, Peter Smudde, Mari Boor Tonn, and David Cratis Williams.

"A Note from the Editors" by Paul Lynch and Nathaniel Rivers is licensed under a Creative Commons Attribution-NonCommercial-ShareAlike 3.0 Unported License.